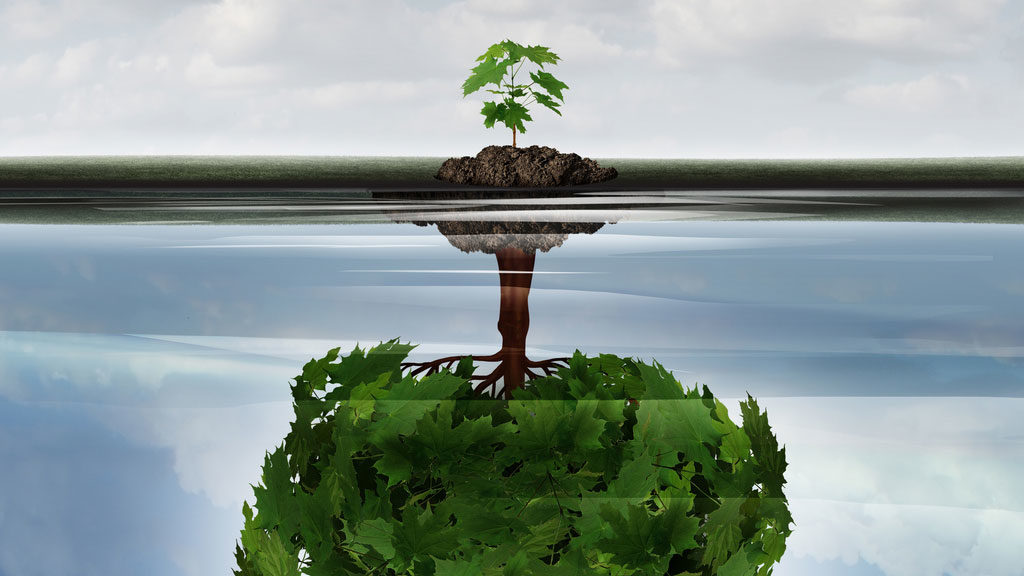 How to create a strengths based approach

How often have you heard people in your organisation who have just been through a development conversation with their manager or received feedback on their development plan, say that the focus was on all the areas they aren’t so good at?  Far from being a motivating conversation this has resulted in them feeling less than positive about themselves or the process.

When I ask this question of groups I work with, there is an overwhelming show of hands every time and, to be fair, this (deficit focus) is not an unusual approach to development.

Focusing on plugging gaps, and seeing weak areas as the key areas for development, has seemed like the logical place to focus, as surely this was the piece to improve? This is also typically where traditional coaching has slotted in.

Over most of my 15 years of coaching, I have been determined to help leaders work out how to get better at some area or areas of weakness.  My coachee’s manager would brief me, using the latest performance review as the basis for the coaching and would point out which areas needed to improve based on underperformance.  With this approach, too often I noticed a decrease in energy and motivation from the coachee as we moved through the process of identifying an objective aimed at their weakness. At times in this situation, not only did motivation drop, but the objectives were not achieved.

In recent years I have seen a significant increase in leaders and organisations moving from this traditional view of leadership development to a more positive style of leadership which is often referred to as a “Strengths Based Approach”.  I like to call it “Positive Leadership” based on the foundation of Positive Psychology.  Similarly, coaching under the umbrella of a Positive Leadership style, can be termed Positive Coaching.

The positive approach has shown us that when it comes to developing people there is much more to be gained by building on their existing strengths than trying to overcome their weaknesses. This is a powerful and challenging message for all organisations and anyone interested in developing their people and themselves.  If we take the view that a person’s weaknesses make them who they are, then surely their strengths do just the same. I am not saying we should only focus on our strengths and what we do well, as weaknesses are part of a person’s make up. However, it may be unrealistic to expect someone to fully overcome a weakness that has always been part of them, still less to turn it into a strength. Perhaps the energy involved in trying to do so would be better focused on enhancing those elements that already make us strong?

The Difference between ‘Positive’ Coaching and ‘Traditional’ Coaching:  While the way a Positive Coaching session is conducted may look very similar to a ‘traditional’ coaching session, the way questions are framed is quite different from the more traditional ‘deficit / gaps’ approach.

Many people associate the launch of Positive Psychology with Martin Seligman who popularised the term in 1999 in his inaugural speech as the incoming President of the American Psychology Association (APA).  Seligman described his realisation that for the preceding 40 or 50 years, psychology had become primarily focused on what needed to be done to help ‘dysfunctional’ people to become more ‘functional’.  As a result, what had been lost along the way was the use of psychological techniques to develop ‘functional’ people into ‘flourishing’ people and to learn what ‘flourishing’ people did so that this learning could be applied to the wider population.

Seligman made it his mission to change the focus of psychology so it could once again give attention to understanding more about the conditions and processes that lead people to thrive, to grow, and to build hope and happiness (among other beneficial elements).

In retrospect, Seligman seized the moment to provide a focus/umbrella for what was, prior to 1999, a group of researchers and professionals who were doing some powerful work in the psychology space but without a common term under which to operate. Seligman’s popularisation of the term Positive Psychology provided a vehicle for people with similar aims to brand their work and as a result to build more of a critical mass of people focused on working in the Positive Psychology space.

Over the past 20 years or so, an increasing research base has demonstrated the benefit to individuals, teams and organisations of focusing on techniques that help build a positive store of emotion.

Within a leadership context, Positive Coaching is an approach to developing individuals that focuses on their strengths, capabilities and available resources.  It seeks to provide a vehicle for coachees to recognise and value those things that are natural strengths to them (which they may take for granted) and to use these to accomplish goals and assignments. 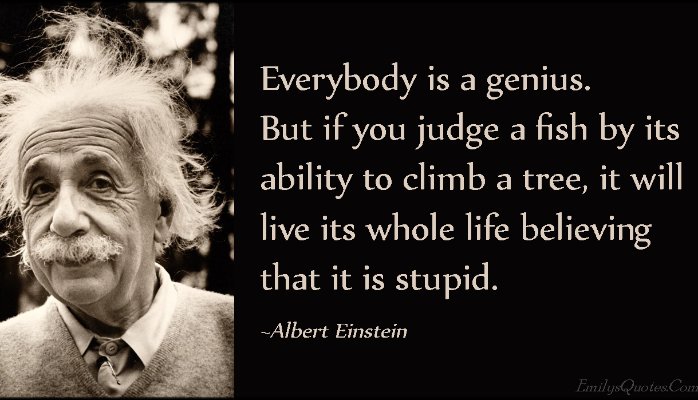 We have noticed benefits from Positive Coaching have derived from working with our coachees in ways such as the following:

Creating meaningful goals:   Thanks to research, it has been shown that pursuing personally meaningful goals leads to greater self-esteem, a sense of purpose and the ability to deal with challenges. The way we focus on our goals and the language we use is also important i.e. whether we structure a goal or objective to “move towards something”, rather than ‘“moving away from” or avoiding something.  “Towards” goals generate a greater impact on our wellbeing and happiness, as opposed to “avoid” goals.

For example, a coachee of mine was unhappy in his role and wanted to leave.  Rather than focus on finding a job so he could leave his current environment, we focused on what a successful and healthy environment looked like.  Interestingly enough he stayed where he was and got involved in other projects that gave him the sense of motivation that was lacking.

Building positive emotion:  If your glass is empty (i.e. your positive emotional stores) how can you expect to handle tough situations? You can’t. You will go into deficit and often that translates into health problems, stress or anxiety issues. If your glass is full (or even half full!), then when you hit those hard periods in your day, week or life, you will use up some of the positive emotion stored, and will most likely still have excess remaining.

Studies have reported a relationship between positive emotion and measurable benefits such as improved physical health, higher wages, creativity, big-picture thinking, and work engagement.   You can easily encourage positive emotion by recalling past positive experiences, or imagining a positive outcome, which can help achieve goals, overcome challenges, and increase levels of performance.

Encouraging our coachees to explore and use Positive Psychology techniques including meditation; gratitude and focus on strengths has helped them to ‘fill their glass’ of positive emotion.

Leveraging strengths:  What research in this area has shown is that people who regularly use their strengths are more engaged and happier at work.  In a positive context you draw on your strengths to address challenges or increase achievement toward your goals. Leveraging strengths is powerful as it builds confidence and improves performance by generating that feeling we all get when we are doing something we are good at.

I remember working with a coachee who disliked networking with a passion and part of her new role was to build relationships in new sector she had moved to. We utilised her strength of curiosity as a way to reframe the reason she attended sector events.  By being genuinely curious with people and wanting to understand their motivations and backgrounds, she found she made deeper and stronger professional relationships quicker.

With all of the people we work with, whether it is in groups or with individuals, we ask them to think of, and describe inspirational leaders they know.  When they share the reasons behind them being inspirations, we hear comments like, ““he had a positive outlook”, “he focused on what I did well and encouraged that”, “she built our team based on what strengths we each bring”, “she shared her vision, purpose and what she wanted us to achieve”.  So you can see that what people value most, is the leader’s focus on what’s working rather than what’s not working”.

What I didn’t hear is, “hones in on my performance gaps’, “really focuses on what where I can improve”…. do you see the difference?

Traditional coaching on it’s own will still help an individual move forward, and with positive coaching, it will move people forward quicker, with more enjoyment and more engagement along the way,  I know what path I would rather take.

← We are what we tell ourselves 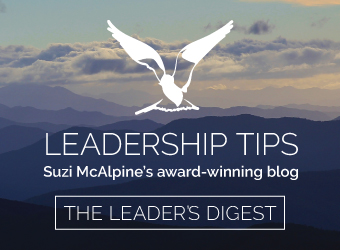 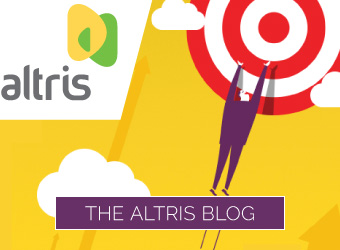 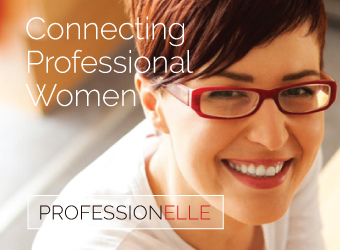